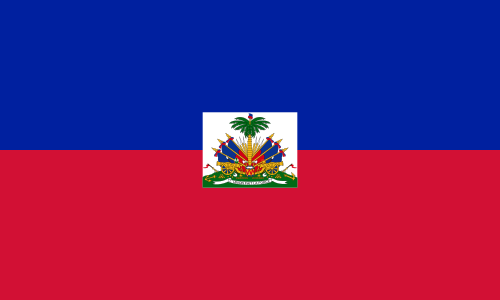 On February 20, 2014, a historic Haitian appellate court ruling opened the door to the possible prosecution of former Haitian President Jean-Claude Duvalier (“Baby Doc”) for crimes against humanity.  Survivors of the Duvalier regime’s abuses and human rights activists see the decision as an important victory in their quest for justice and accountability. [UN Radio; Reuters]

In deciding to open an investigation into Duvalier, the Port-au-Prince Court of Appeals (Cour d’Appel) reversed a magistrate judge’s decision from January 2012 that exempted Duvalier from prosecution on the grounds that the 10-year statute of limitations for murder had expired. [UPI; HRW] In 2011, civilian complainants accused Duvalier of criminal responsibility for crimes against humanity, including executions, torture and forced disappearances carried out by the government and paramilitary forces during Duvalier’s rule from 1971 to 1986. [IJDH; CJA]

Moreover, the court found “substantial evidence” of Duvalier’s criminal responsibility and indirect involvement in the alleged human rights abuses committed during his presidency. According to the three-judge panel, the evidence suggests Duvalier failed to prevent the alleged crimes or punish the perpetrators. [UN Radio]

Although this decision allows for the opening of an investigation, it does not guarantee that Duvalier will be prosecuted. The Court of Appeals appointed Judge Durin Junior Duret to lead the investigation into crimes committed by Duvalier. He is tasked with interviewing the alleged victims and witnesses and identifying additional victims, and his report will form the basis of the Court of Appeals’ decision as to whether Duvalier will face trial [Miami Herald; IJDH]

Duvalier returned to Haiti in 2011 after a 25-year exile in France. Since his homecoming, several complaints have been filed alleging his responsibility for the abuses that occurred during his 15 years in power, as well as his alleged embezzlement millions of dollars. [France 24; NY Times] Duvalier has repetitively denied his guilt for any of the alleged crimes. [Miami Herald]

The Court of Appeals’ decision is in accord with Haiti’s obligations under the American Convention on Human Rights and customary international law – as outlined by the Inter-American Commission on Human Rights (IACHR) – to investigate the human rights abuses that occurred during Duvalier’s presidency. [IACHR]  Similarly, the United Nations Office of the High Commissioner for Human Rights (OHCHR) has stated that the “thousands of Haitians who suffered under this regime deserve justice.” [UN News Centre] Both the OHCHR and IACHR have publicly confirmed Haiti’s obligation to investigate Duvalier’s responsibility for the commission of crimes against humanity and offered their support to Haiti. [UN News Centre; IACHR]Prior to the release of the most recent decision, both the UN and the IACHR advised the government of Haiti that no statute of limitation exists for crimes against humanity and amnesty laws cannot prevent investigation, prosecution, or punishment. [IACHR; UN News Centre]

In its comprehensive 2011 statement, the IACHR confirmed that Haiti has a duty to investigate the allegations against Duvalier, even those that occurred before the American Convention entered into force on July 18, 1978. [IACHR]  States must not allow serious human rights violation to go unpunished because the victims and their family members have an ongoing right to access to justice and redress.

Murder, extermination, enslavement, deportation and other inhuman acts done against any civilian population, or persecutions on political, racial or religious grounds, when such acts are done or such persecutions are carried on in execution of or in connection with any crime against peace or any war crime.

Principle VI(c). The UN General Assembly accepted these Principles and they acquired the status of jus cogens prior to Duvalier’s presidency. [IACHR]

Jean-Claude Duvalier assumed the role of President for Life of Haiti at the age of 19 after the death of his father, François Duvalier. As the President for Life Duvalier had substantial control over the government, operating as head of state, head of government, and commander-in-chief of the armed forces and police. Human Rights Watch, Haiti’s Rendezvous with History (2011), p. 3.  Duvalier was President of Haiti from 1971 to 1986 when he was ousted from office by a popular revolt. [NY Times]

The UN, IACHR, and human rights organizations have carefully documented the torture, rape, extrajudicial killings, and other human rights abuses that occurred in Haiti during Baby Doc’s presidency. [UN News Centre; IACHR] Although Duvalier is not accused of personally carrying out these egregious human rights abuses, evidence shows that the security forces responsible for these acts were under his control. Human Rights Watch, Haiti’s Rendezvous with History (2011), p. 2.  In addition killing and torturing prisoners and opponents, Duvalier’s government has been accused of inhibiting the rights of freedom of expression and association by shutting down independent newspapers and persecuting journalist. Id. The victims of these abuses and their families still await justice.