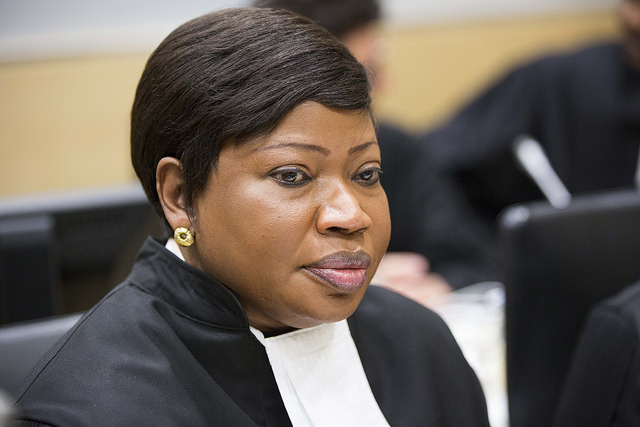 The Prosecutor of the International Criminal Court (ICC) has requested authorization to investigate possible war crimes and crimes against humanity committed during the 2008 conflict in South Ossetia, a step that could lead to the eventual prosecution of individuals suspected of responsibility for directing or carrying out these crimes. [ICC Press Release: Prosecutor Requests] The Prosecutor has received information that as many as 113 ethnic Georgians were killed in a campaign by South Ossetian – and possibly Russian – forces that forcibly displaced up to 18,500 Georgians from South Ossetia, and that both Georgian and South Ossetian forces attacked peacekeepers. See ICC Office of the Prosecutor, Request for Authorisation of an Investigation Pursuant to Article 15, 13 October 2015.

Ms. Bensouda relied on Article 15 of the Rome Statute of the International Criminal Court, which allows the prosecutor to initiate a preliminary investigation into possible crimes falling within the Court’s jurisdiction and to request authorization for a full investigation. [ICC Press Release: Presidency Assigns] Georgia is a State party to the Rome Statute, giving the ICC jurisdiction over Rome Statute crimes committed on its territory or by its citizens. On October 8, 2015 the Presidency of the ICC assigned the situation in Georgia to the Pre-Trial Chamber I for its decision on whether “there is a reasonable basis to proceed with an investigation” and whether the “case appears to fall within the jurisdiction of the Court.” See Rome Statute, art. 15. If authorized, this investigation would be the first such ICC inquiry to focus on a country outside Africa.

Background on the South Ossetia Conflict

The events that gave rise to the preliminary investigation in Georgia occurred over a five-day armed conflict between Russia and Georgia, from August 7 to 12, 2008. During the brief conflict in the South Ossetian and Abkhazia territory, several hundred people died and at least another 120,000 were displaced. [Newsweek] Ethnic Georgians were allegedly targeted for displacement, looting, and destruction of property and the South Ossetian government made public statements denying them return to the region which continued through October 2008.

The five-day spurt of violence was rooted in the dissolution of the Soviet Union. Id. South Ossetia is the northern region of Georgia, separated from North Ossetia by the Russian border. Both South Ossetia and Abkhazia retain distinct culture and language from the rest of Georgia and in the early 1990’s pressed from secession backed by Russia. Sporadic outbreaks of violence occurred until Russia, Ossetia, and Georgia reached a peace agreement in 1992, permitting peacekeeping forces from all parties to be deployed in the territory, and Abkhazia signed a similar ceasefire in 1994. [BBC News: Conflict] Tensions grew after President Mikheil Saakashvili replaced President Shevardnadze in Georgia. Russia began sending troops into the region in spring of 2008 and on August 7, 2008 armed conflict erupted between South Ossetian separatists and Georgian peacekeepers, sparking the five-day military incursion into Georgia, ending with a ceasefire between Russia and Georgia. [CNN]

If the Pre-Trial Chamber I decides to authorize a formal investigation, it could be the first investigation of Russian authorities. [Newsweek] The ICC’s jurisdiction is limited to crimes committed in the territory of a State party or by a State party’s citizen, and that are referred to it by a State party or the United Nations Security Council, or taken up by the Prosecutor. See Rome Statute, art. 12. Russia is not a State party to the Rome Statute; thus, the prosecutor cannot initiate an investigation of violations that occur within Russian territory or by Russian nationals, absent another jurisdictional link. Russia is also generally considered to be shielded from referral to the ICC by the Security Council because of its veto power. Id., art 13. However, the Court may investigate Russian nationals where it has jurisdiction over crimes committed in a State party’s territory, as in the case of Georgia. Ukraine has already given the ICC authority to investigate crimes that occurred within its territory leading up to the fall of former President Viktor Yanukovich, but wants the Court to expand its scope to Russian-backed violence in eastern Ukraine and Crimea. [Reuters]

A formal investigation of the situation in Georgia would also mark the first full investigation outside of Africa. [US News] The ICC is currently investigating situations in Democratic Republic of the Congo, Central African Republic, Uganda, Mali, Libya, Kenya, Sudan, and Côte d’Ivoire. See International Criminal Court, Situations and Cases. Although several of the situations were referred to the Court by the countries themselves, the African focus of the ICC has garnered criticism from the African Union, which convened a 2013 special summit to discuss a mass withdrawal from the International Criminal Court in protest. [BBC News: AU] Most recently, South Africa has debated withdrawing from the ICC’s jurisdiction because it is unwilling to assist in the arrest of Sudanese President Al-Bashir. [Al Jazeera] The Georgia investigation could help the Court deflect some of this criticism.