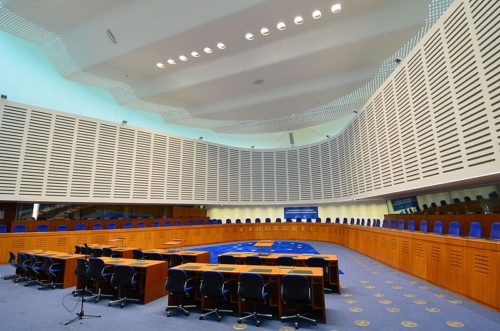 On April 26, 2016, the Grand Chamber of the European Court of Human Rights (ECtHR) found that a life sentence was de facto irreducible because the applicant was denied medical treatment that could have positively affected his pardon requests and, consequently, held that the Netherlands violated the prohibition of torture and cruel, inhuman, or degrading treatment under Article 3 of the European Convention on Human Rights (ECHR), See ECtHR, Murray v. the Netherlands [GC], no. 10511/10 ECHR 2016, Judgment of 26 April 2016, para. 127. The applicant was convicted of murder and sentenced to life imprisonment in 1979. Id. at para. 15. The judgment of the domestic court of first instance included a psychiatrist report which stated that, while he was criminally liable for the act, he suffered from a “pathological disturbance” and advised that he undergo treatment to avoid relapsing and committing further crimes. Id. at para. 12. Before the European Court, he argued that because he never received such treatment, the life sentence was irreducible and he was denied any hope of release. Id. at para. 87. In its 2013 judgment, a chamber of the ECtHR found no violation of Article 3 because the applicant’s case had been reviewed, providing a prospect of release, and the State may refuse to pardon a prisoner where that person poses a danger to society. See ECtHR, Murray v. the Netherlands, no. 10511/10, Judgment of 10 December 2013, at paras. 54-59.

The Court’s decision expands on the precedent of Vinter and Others v. the United Kingdom, in which it held that whole-life sentences without possibility of review violate Article 3, to consider the duty to provide an opportunity for rehabilitation in the context of a prisoner in need of treatment for mental health problems. See ECtHR, Vinter and Others v. the United Kingdom [GC] nos. 66069/09, 130/10 and 3896/10, Judgment of 9 July 2013. The decision in Vinter, among others, has given rise to tensions in the United Kingdom, with some politicians calling for measures to limit the ECtHR’s authority in the country’s legal system. [BBC]

Background to the Case

Murray was initially convicted of murder and sentenced to 20 years by the First Instance Court of the Netherlands Antilles, opting not to sentence him to life because the psychiatrist’s report could not rule out the possibility of improvement in his mental condition, which would diminish the threat of recidivism. Murray v. the Netherlands [GC], Judgment of 26 April 2016, para. 12. However, on appeal, the Joint Court of Justice of the Netherlands Antilles quashed the decision and ordered life imprisonment because it was a deliberate and premediated killing. Id. at para. 15. Murray served 19 years in Koraal Specht Prison in Curacao, a territory of The Netherlands in which the crime was committed. Id. at para. 18. Although the institution added a special unit for prisoners with mental or behavioral disorders, Murray was never placed in the unit. Id. In 1999 he was transferred to Korrektie Instituut Aruba. Id. at para. 20.

The applicant requested pardon several times but was consistently denied. Id. at paras. 21-30. He submitted an application to the ECtHR in February 2010. Id. at para. 1. In 2012, his case was considered under a periodic review mechanism, which ruled against his release on the bases that he was still at risk of recidivism and that his release would have a negative effect on the victim’s family. Id. at para. 32. Murray was diagnosed with terminal cancer in 2013 and transferred to a nursing home before being pardoned and granted immediate release on March 31, 2014. Id. at para. 8. The chamber of the ECtHR delivered its ruling on the merits in December 2013 before his release, and a few weeks before he was granted pardon, he requested that the case be referred to the Grand Chamber of the ECtHR. Id. at paras. 4 and 5. After he passed away in November 2014, his son and sister maintained his claim before the ECtHR. Id. at paras. 8 and 79.

The ECtHR built on its understanding that, while life imprisonment of an adult is permissible where it is not disproportionate, an irreducible life sentence may constitute a violation. Id. at para. 99. It highlighted that a sentence is not irreducible just because, in practice, it is served in full but found that release on grounds such as health or old age do not render it reducible. Id. In order to comply with Article 3 of the ECHR and for the life sentence to be considered reducible, States must provide for a review that allows the authorities to assess the prisoner’s progress towards rehabilitation. Id. at para. 101. The review should also re-examine the aim of continued imprisonment which may include punishment, deterrence, public protection, and rehabilitation, and are not static. Id. at para. 100. The ECtHR has held that life prisoners must be given the chance to strive toward rehabilitation and, therefore, have a prospect of release. Id. at para. 103.

This was apparently the first time that the ECtHR considered the reducibility of life sentences imposed on people with mental disabilities or mental health conditions. Id. at para. 107. Referring to its jurisprudence on life imprisonment, generally, and States’ obligation to provide treatment to those in detention who have health conditions, the ECtHR established an obligation to assess if a treatment for a mental health condition has a prospect of success and, if so, to provide that treatment to the extent possible given the restraints of prisons. Id. at para. 108. The assessment should consider the chances of success of the treatment relative to the cost, in order to avoid placing an undue burden on States. Id.

In the present case, the Grand Chamber found that the decisions concerning the applicant’s requests to be pardoned show that the Joint Court of Justice was aware that psychological treatment was recommended when he was convicted, that he had never received treatment, and that the reason for his continued detention was predominantly the threat of recidivism related to his mental health. Id. at paras. 121-122. Aside from his pre-conviction assessment, the authorities failed to subsequently review the applicant’s need for treatment and the treatment’s potential to rehabilitate him. Id. at para. 124. The lack of review and assessment of treatment for the prisoner prevented meaningful movement toward rehabilitation and, despite the requests for pardon and periodic review, made his life sentence de facto irreducible in violation of Article 3. Id.

The United Kingdom has resisted several ECtHR decisions, asserting the supremacy of UK courts over the ECtHR. [The Guardian: Cameron] Prime Minister David Cameron has asserted that he intends to ensure the UK’s highest court is the “ultimate arbiter of human rights” in the country instead of the ECtHR. [The Guardian: Cameron] Several officials criticized the Vinter decision as a “get out of jail free” card for criminals who have committed heinous acts. [BBC] UK politicians similarly critiqued an earlier case on prisoners’ right to vote, Hirst v. United Kingdom, as denying the UK the ability to determine how to properly punish those who have committed crimes. [The Guardian: Conservatives]

For more information on the European Court of Human Rights, the right to humane treatment, and prior ECtHR cases on life imprisonment, visit IJRC’s Online Resource Hub.