In its first judgment in favor of a living survivor of Pinochet era abuses, the Inter-American Court of Human Rights (IACtHR) has found Chile in violation of its obligations to investigate and remedy the arbitrary detention and torture of Mr. Leopoldo Garcia Lucero, who was left permanently disabled by the treatment he suffered in the 1970s.  See I/A Court H.R., Case of Garcia Lucero and others v. Chile. Preliminary Objections, Merits, Reparations and Costs. Judgment of August 28, 2013. Series C No. 627.  The case raised questions of the IACtHR’s temporal jurisdiction, the adequacy of domestic remedies, and what full reparation for torture victims should comprise. 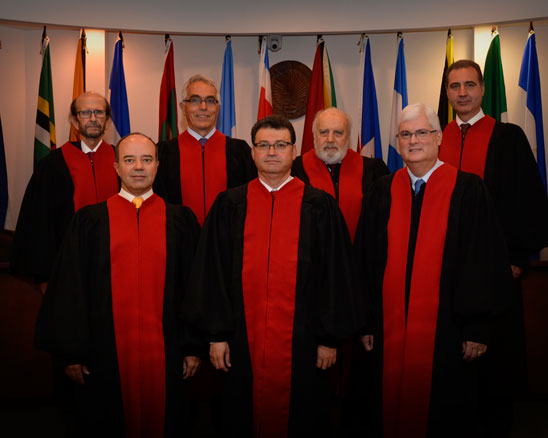 Almost 40 years after his torture and expulsion from Chile, Mr. Leopoldo Garcia Lucero received official recognition and reparation for Chile’s failure to address the harms he suffered.  Mr. Garcia Lucero was arrested in 1973 and arbitrarily detained by authorities during the Pinochet dictatorship until he was forcefully expelled from the country in 1975. [Redress] During his detention, Mr. Garcia Lucero was subjected to torture and cruel treatment. Following the end of the Pinochet regime, Mr. Garcia Lucero attempted to pursue justice and accountability, but the government failed to fully investigate his allegations in a timely manner.  [elEconomista (Spanish only)]

After reviewing the case, the IACtHR found that the 16-year (1993-2011) delay in investigating the crimes committed against Mr. Garcia Lucero violated his human rights. [BBC; Guardian] Chile violated articles 8(1) and 25(1) of the American Convention on Human Rights (“Convention”), which guarantee the right to due process and the right to judicial protection, respectively.  [IACtHR – Spanish only] As a State Party of the Convention since 1990, Chile had an obligation to conduct a timely  investigation into Mr. Garcia Lucero’s allegations. See I/A Court H.R., Case of Garcia Lucero and others v. Chile. Preliminary Objections, Merits, Reparations and Costs. Judgment of August 28, 2013. Series C No. 627, para. 16.

In its judgment, the Inter-American Court found that the recognition of torture victims in the National Commission on Political Imprisonment and Torture (the “Valech Commission”) report and the stipends awarded to survivors were insufficient to remedy the torture committed by State agents, particularly because no criminal cause of action for torture existed and pursuing the civil tort remedy for torture would require the victim to be able to identify the responsible individual(s). The Court did not address the underlying acts of torture and arbitrary detention because Chile only became a State Party to the American Convention on Human Rights in 1990.

The IACtHR ordered the Chilean government to continue and conclude this investigation within a reasonable time frame, publish the Court’s judgment in the official government record and on the Internet, and pay £20,000 in reparation to for the excessive delay in initiating an investigation. [IACtHR – Spanish only] The IACtHR also recommended that Chile make resources available to Mr. Lucero to cover the cost of his medical treatments. [Redress]

The Court emphasized that the Amnesty Law in Chile (Decree No. 2.191) should not inhibit the investigation into Mr. Garcia Lucero’s case or any other efforts to obtain justice for other victims. Estimates suggest that over 200,000 people were forcibly exiled during Pinochet’s dictatorship and as many as 38,000 survived torture.  [Redress] This case marks the first time that the Court has ruled on a case involving a living survivor of torture from the Pinochet era. [BBC]

The IACtHR held its 49th Special Session in Brazil from November 11 to 14 during which the tribunal convened a public hearing in the Case of Rodriguez Vera and others v. Colombia, involving the Palace of Justice siege in 1985. [Spanish only] The Court will hold its 101st Regular Session from November 18 to 29 in San Jose, Costa Rica.

For more information on the Garcia Lucero case, see the Inter-American Commission on Human Rights’ admissibility report, merits report and letter of submission to the Court.