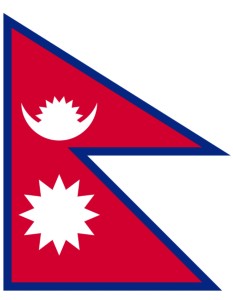 Last week, Nepal’s highest court released a decision prohibiting grants of amnesty for serious human rights violations committed during the nation’s 10-year internal conflict. The Supreme Court found that grants of amnesties, limitations on criminal prosecutions, and the 35-day time limit on filing cases do not conform to the standards established by the Nepalese Constitution and international law. [OHCHR] If the government implements the court’s decision, it will be an important victory for victims of the conflict and their families, who seek justice and accountability for violations of their human rights.

Truth and Reconciliation Efforts in Nepal

Between 1996 and 2010, approximately 13,000 people died and another 1,300 disappeared as a result of armed conflict between the government of Nepal and the Unified Communist Party of Nepal. See Amnesty International, Nepal: The Search for Justice (2013). The 2006 Comprehensive Peace Agreement (CPA) signed by both parties ended the conflict and included commitments to prevent violence in the future and punish violators of human rights. In keeping with these promises, the CPA also contained an agreement to establish a Truth and Reconciliation Commission within 60 days to investigate human rights violations that occurred during the decade of conflict. See id.

However, the Nepalese government did not pass the legislation necessary to set up the commission until March 2013, more than 6 years after the conflict ended. [UN News Centre] The Ordinance on Investigation of Disappeared People, Truth and Reconciliation Commission, 2069, called for the immediate creation of a two-year Truth and Reconciliation Commission composed of five independent commissioners. Significantly, the ordinance also contained a provision that allowed the commission to recommend amnesty for perpetrators under investigation, unless the crimes “lack[ed] sufficient reasons and grounds for granting amnesty.”  Perpetrators of rape reportedly could not be recommended for amnesty, but the legislation left further determinations to the commission’s discretion. [HRW] The United Nations High Commissioner for Human Rights expressed concern that the authorization of amnesty violated international law and would prevent victims from obtaining justice and closure. [UN News Centre]

In response to the inclusion of the amnesty provision in the ordinance, the Nepal Supreme Court in April 2013 issued an interim order halting the government’s already delayed efforts to set up the Truth and Reconciliation Commission. [BBC] The Supreme Court ultimately determined, on January 2nd of this year, that the law did not provide sufficient protection against blanket amnesty for individuals who committed serious human rights violations such as torture and extrajudicial killings. [Jurist]  The court’s ruling made clear that the Truth and Reconciliation Commission’s mandate must not contravene international standards or the Nepalese Constitution, which prohibit amnesty for perpetrators of grave human rights abuses. [Reuters]

Although the court has now issued a judgment on the matter, victims must wait for the government to make another attempt to set up the commission before they can seek justice. [Reuters]  No individual has been prosecuted in Nepal for human rights abuses stemming from the violence, and the single instance of a criminal proceedings related to the conflict is the exercise of universal jurisdiction by a British authorities to arrest a Nepalese colonel on torture charges early in 2013. [Reuters]

In addition to dealing with abuses committed during the conflict, Nepal also faces ongoing challenges in investigating and prosecuting other serious crimes. In a statement released on January 4, the UN High Commissioner for Human Rights “stressed that further work is needed to reinforce criminal justice in Nepal as many serious human rights violations, including torture, sexual violence and enforced disappearances are still not properly sanctioned by domestic law.”  She further “call[ed] for the rapid amendment of criminal laws and procedures in line with international law” and offered the assistance of the Office of the High Commissioner in guiding and supporting the Nepalese government in that regard. [OHCHR]

The Nepal Supreme Court’s decision to prohibit a blanket amnesty for serious human rights violations echoes the previous judgments of other courts and international bodies. International law requires States to provide an effective remedy to individuals who suffer a violation of their human rights. See e.g., ICCPR, Art 2(3). Amnesty laws could prevent the government from fulfilling this duty. The UN Human Rights Committee, noting that some States granted amnesty to perpetrators of torture, has stated that “amnesties are generally incompatible with the duty of States to investigate such acts; to guarantee freedom from such acts within their jurisdiction and to ensure that they do not occur in the future. See UN Human Rights Committee, General Comment 20, Article 7, 3 October 1992, para. 15. See also General Comment 31, The Nature of the General Legal Obligation Imposed on States Parties to the Covenant, 29 March 2004, para. 18;

The Inter-American Court of Human Rights, in particular, has found amnesty laws for serious violations incompatible with States’ human rights obligations in cases concerning several countries, including Brazil, Argentina, Peru, and Uruguay.  See, e.g., I/A Court H.R., Case of Gomes Lund et al. (“Guerrilha do Araguaia”) v. Brazil. Preliminary Objections, Merits, Reparations and Costs. Judgment of November 24, 2010. Series C No. 219, paras. 148-149. In the Case of Barrios Altos, for example, the Inter-American Court evaluated a Peruvian law which granted amnesty to individuals facing charges or sentences for the commission of human rights violations, including the massacre of civilians at Barrios Altos.  The Court stated:

…all amnesty provisions, provisions on prescription and the establishment of measures designed to eliminate responsibility are inadmissible, because they are intended to prevent the investigation and punishment of those responsible for serious human rights violations such as torture, extrajudicial, summary or arbitrary execution and forced disappearance, all of them prohibited because they violate non-derogable rights recognized by international human rights law.

Similarly, the African Commission on Human and Peoples’ Rights has found that amnesty laws which protect perpetrators of human rights violations from prosecution and punishment violate victims’ right to an effective remedy for the harms suffered. See, e.g., ACommHPR, Mouvement Ivoirien des Droits Humains (MIDH) v. Cote  d’Ivoire, Communication No. 246/02, 5th Extraordinary Session, 21-29 July 2008.  The European Court of Human Rights has also held that amnesty laws should not be used to prevent the investigation and prosecution of perpetrators of human rights violations, finding that general amnesty for serious violations of human rights, such as torture, is “is increasingly considered to be prohibited by international law.” ECtHR, Marguš v. Croatia [GC], no. 4455/10, Judgment of 13 November 2012, para. 74.