ECtHR: No Violation in Police Killing of London Bombing Suspect 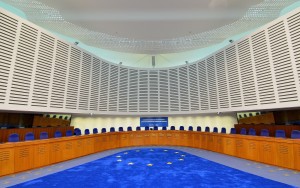 On March 30, 2016 the Grand Chamber of the European Court of Human Rights (ECtHR) held that the United Kingdom had fulfilled its procedural obligations under Article 2 of the European Convention on Human Rights (ECHR) to conduct an effective investigation into the killing of Jean Charles de Menezes by government agents, who wrongly suspected him of terrorist activity. See ECtHR, Armani Da Silva v. the United Kingdom [GC], no. 5878/08, ECHR 2016, Judgment of 30 March 2016, paras. 16, 29-37, 286. The police officers were investigating the July 2005 suicide bombings in the London Underground when they mistook de Menezes for a known suspect because he used a doorway that also led to the apartment building where the suspect lived. Id. at paras. 29-30. None of the officers involved were prosecuted for the killing.

The procedural obligation under Article 2, which the Court held that the United Kingdom had met, requires an effective investigation that is sufficient to determine the factual circumstances around the incident, including whether the use of force was justified under those circumstances, and subsequent punishment of the agents responsible when appropriate. Id. at para. 286. The Court held, setting a precedent for future cases involving State authorities’ use of lethal force, that simply because it was State authorities that used lethal force does not require prosecution of those individuals if the evidence suggests that a conviction is unlikely. Id. at para. 272-73.

Facts of the Case

In July 2005, four suicide bombers detonated explosives in the London transit system, killing 56 people. Id. at para. 13. Intelligence indicated that additional attacks were actively being planned, a fear that was further substantiated when backpacks containing explosives were found on London transit the day before de Menezes was killed. Id. at para. 15. The suspects were believed to live in an apartment at 21 Scotia Rd. and thus officers were surveilling the apartment with the intent to ascertain whether the suspects lived there and to safely arrest them if they came out. Id. at paras. 16-17. Police officers watched de Menezes leave his apartment and made the determination that he was the terrorist suspect they were looking for based on his purported likeness to one suspect, seemingly agitated behavior, and the fact that he got off the bus he boarded only to then re-board. Id. at paras. 29, 30-33. The police followed him into the Underground where they pinned him to his seat and, after he allegedly reached toward his waistband, shot him several times. Id. at para. 37. After his death, it became clear that he had no involvement with the terror attacks. Id. at para. 38.

The investigation into the killing of de Menezes was initially taken on by the Anti-Terrorist Branch, under the oversight of the Department of Professional Standards, despite protocol calling for all instances of police shootings to be referred to the Independent Police Complaints Commission (IPCC). Id. at paras. 39-40. Eventually, the IPCC took over and investigated the incident for the purposes of gathering evidence, determining any criminal offenses that may have occurred, and enabling disciplinary authorities to take necessary action. Id. at para. 46. While the authorities identified flaws in the handling of counter-terrorism operations and the Office of the Commissioner of the Police of the Metropolis was criminally prosecuted and punished for its administrative failings, no formal prosecution was brought against any of the individual officers involved.

Armani Da Silva, a British citizen and cousin to de Menezes, brought a claim against the United Kingdom, alleging it had violated the prohibition of torture under Article 3, the right to an effective remedy under Article 13, and the procedural arm of the right to life under Article 2. Id. The applicant did not assert a violation of Article 2’s substantive arm, in that she did not allege that the shooting itself contravened the European Convention. Id. at para. 190.

In keeping with its precedent, the Court found a procedural obligation to conduct an effective investigation under Article 2 because protection of the right to life would be meaningless without an effective legal procedure to review the use of lethal force by State agents. Id. paras. 229-231. The Court further explained that to satisfy Article 2, the investigation must be capable of establishing the necessary facts, determining whether the force used was justified, and punishing the responsible parties where necessary. Id. at para 233. However, the procedural obligations under Article 2 do not require that the investigation result in prosecution. Id. at para. 238. The ECtHR found nothing to suggest that the IPCC had not conducted an adequate investigation; the IPCC secured the evidence necessary to ascertain what had happened, including by interviewing witnesses, and impartially analyzed that evidence. See id. at para. 258.

The Court held that the British standard for determining if lethal force was justified complies with Article 2. Da Silva argued that the domestic standard was insufficient to establish if lethal force was appropriate because it relies on the officers’ subjective opinion regarding the perceived threat and then assesses whether the force used was proportional to that belief. Id. at para. 251. She argued that the use of force should be evaluated based on its objective reasonableness. Id. at para. 191(a). The ECtHR, however, found that the domestic subjective standard is not substantially different from the standard the ECtHR upheld in McCann and Others, which merely required that the “person had an honest and genuine belief that the use of force was necessary.” Id. at paras. 248, 252.

In view of the UK’s decision not to bring criminal charges against the officers responsible for de Menezes’ death, the European Court reviewed the practices of its Member States and other countries regarding the threshold for prosecution. Id. at paras. 175-85. It found no consensus regarding the procedure or the evidentiary elements required to initiate a prosecution; some States focus on whether the evidence supports the elements of the crime, while others assess the likelihood of a conviction. Id. If this determination favors prosecution, some States require the prosecutor to bring charges, while others leave this decision to the prosecutor’s discretion. Id. Some States, but not all, provide for judicial review of a decision not to prosecute. Id. at para. 181.

The applicant argued that, in the case of a killing by State agents, prosecution should be required whenever the evidence supported it and she argued that the evidentiary threshold applied in England and Wales – of a conviction being more likely than not – was excessively high. Id. at para. 195-97. A third party intervenor, the Equality and Human Rights Commission, echoed the applicant’s arguments. Id. at paras. 224-28.

It cited to its history of deferring to prosecutorial discretion when the underlying investigation was appropriately carried out. Id. at para. 259. The Court asserted that States should enjoy a margin of appreciation in establishing the evidentiary threshold for prosecution, in view of the competing interests, the lack of uniformity in States’ practices, and the particularities of each country’s criminal justice system. Id. at paras. 268-70.

In this case, the Court held that the domestic law met the requirements under Article 2 for determining whether authorities should prosecute. The Court cited to its Brecknell judgment, in which it indicated that prosecution is not required when there is no prospect of success, and further emphasized that four Member States decide whether to prosecute based on the likelihood of a conviction, similar to the test applied in England and Wales. The Court rejected the contention that the State should be under a special obligation to prosecute State agents for the use of lethal force even if the prosecution is not “more likely than not” to result in conviction. Id. at paras. 272-73. The Court’s precedent in Gurtekin established that the fact that a crime is particularly serious does not itself require prosecution, and while not holding State authorities responsible for the misuse of lethal force could result in a lack of public confidence, the Court concluded that spending resources on a trial that is unlikely to result in conviction could also undermine public confidence in the State. Id. Taking into account the safeguards and review built in to the decision making process in England and Wales, as well as the lack of certainty that any evidence supported prosecution in this particular case, the Court held that the domestic evidentiary test satisfied Article 2. Id. at para. 276.

The Court dismissed the claims under articles 3 and 13 without considering the merits. Id. at paras. 289-93. It held that the claims of torture or other ill-treatment were manifestly unfounded because there was no evidence of inhuman or degrading treatment of de Menezes Id. at para. 290. The Court also denied to consider whether the applicant had been denied an effective remedy because the judges found this question was better considered under the procedural element of Article 2. Id.

Judges Karakas, Wojtyczek, and Dedov wrote a joint opinion, dissenting from the majority’s treatment of the issues under Article 2. Id. at para. 1 (Karakas, Wojtyczek, Dedov dissenting). They stated that the killing likely constituted a violation of the substantive element of the right to life because it was not “strictly necessary” as required under international law, but they constrained their opinion to the procedural arm that the applicant raised. Id. at para. 2. Considering that the police used force against de Menezes because they believed he was going to set off a bomb, the dissenting judges averred that their actions were an instance of putative self-defense, and they emphasized that according to ECtHR past jurisprudence, under Article 2 putative self-defense is free from criminal liability if the action meets both a subjective test on the belief that the use of force was justified and an objective standard that there was a good reason to hold that belief. Id. at para. 5. The majority, the two dissenting judges argued, only emphasized the subjective portion of the test. Id. Because the investigation into the use of lethal force did not answer the question of whether the belief that de Menezes was going to set off a bomb was justified under the circumstances, the investigation did not comply with Article 2. Id. at para. 6.

Judge Lopez Guerra also wrote separately to dissent from the majority opinion. Id. at para. 1 (Lopez Guerra dissenting). He highlighted that the UK acknowledged that there were serious deficiencies in the surveillance operations and argued that it is in violation of Article 2 that no investigations into individual responsibility arose from the acknowledgement of those deficiencies. Id. at para. 7. He further challenged the majority’s holding that the investigation was adequate, stating that independence of the investigatory body alone was not sufficient and all other judicial safeguards were absent in this case. Id. at para. 8.

For more information on the European Court of Human Rights or the right to life, as well as prior coverage of police killings and counter-terrorism, visit IJRC’s Online Resource Hub.