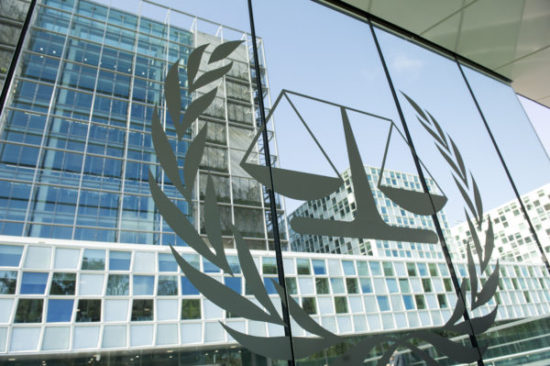 In its first decision concerning witness tampering, Trial Chamber VII of the International Criminal Court (ICC) found Jean-Pierre Bemba Gombo and four others guilty of offenses against the administration of justice under Article 70 of the Rome Statute. [ICC Press Release: Guilty] The holding of October 19 found that Bemba and the four other accused had bribed witnesses and presented false evidence to the Court in relation to Bemba’s prosecution before the ICC for war crimes and crimes against humanity. [ICC Press Release: Guilty] Bemba, who was sentenced to 18 years’ imprisonment in that earlier trial, remains in custody while the others are out on conditional release pending sentencing. [ICC Press Release: Sentencing] While this is the first decision from the ICC on witness tampering, other cases involving similar charges are pending before the Court. [International Justice Monitor; IJRC]

The ICC found Bemba, former Vice President of the Democratic Republic of the Congo, guilty in March 2016 of war crimes and crimes against humanity in connection with the murder, rape, and pillaging that took place in the Central African Republic between October 2002 and March 2003. See ICC, Prosecutor v. Jean-Pierre Bemba Gombo, ICC-01/05-01/08, Judgment pursuant to Article 74 of the Statute, 21 March 2016, para. 742. The crimes were carried out by the Mouvement de Libération du Congo (MLC), a rebel group led by then President of the MLC, Jean-Pierre Bemba Gombo. See id. at paras. 563, 384. He was sentenced to 18 years in prison for his role in the perpetration of those crimes.

In November 2014, when the primary case against Bemba was still underway, the ICC initiated parallel proceedings against Bemba and four others for witness tampering in connection with Bemba’s trial. See ICC, Prosecutor v. Jean-Pierre Bemba Gombo, et al., ICC-01/05-01/13, Decision pursuant to Article 61(7)(a) and (b) of the Rome Statute, 11 November 2014. The four other named defendants were Aimé Kilolo Musamba (Bemba’s lead counsel at the time), Jean-Jacques Mangenda Kabongo (a member of Bemba’s defense team), Fidèle Babala Wandu (one of Bemba’s political allies), and Narcisse Arido (a possible defense witness at the time who did not end up testifying). The trial began in September 2015. [ICC Press Release: Guilty]

The Court concluded that Bemba, Kilolo, and Mangenda worked together at Bemba’s instructions and approval to influence defense witnesses and introduce false evidence with assistance from Arido and Babala. Bemba, Kilolo, and Mangenda together orchestrated the transfer of money to the defense witnesses through third parties, the passage of telephones to the defense witnesses for Kilolo to use to coach them, and the use of codes to discuss bribing and coaching witnesses. See ICC, Summary of the Judgment in the Case of Bemba, et al. (2016), paras. 8­–10. Additionally, Bemba had direct contact with three witnesses on the ICC privileged line in the detention center, Mangenda repeated Bemba’s instructions to Kilolo and assisted Kilolo in coaching witnesses, Babala facilitated money transfers at the direction of Bemba, and Arido recruited four of the witnesses and provided them with false testimony. See id. at paras. 10-16. When they learned of the Prosecutor’s investigation for bribery, Bemba, Kilolo, and Mangenda offered the witnesses additional incentives to end their cooperation with the prosecution. See id. at paras. 8-9.

The Court applied Article 70 of the Rome Statute to the facts of this case to determine whether the actions undertaken by the defendants constituted offenses against the administration of justice. Article 70 specifies six transgressions that, when committed intentionally, constitute offenses against the Court’s administration for which the Court can impose a fine, a prison term of up to five years, or both. See Rome Statute of the International Criminal Court, art. 70. The Court based its findings of guilt on the first three enumerated offenses ­­–

(a) providing false testimony in violation of an obligation to tell the truth,

(b) presenting evidence known to the party to be false, and

(c) corruptly influencing a witness, interfering with a witness’s attendance or testimony, retaliating against a witness, or tampering with evidence collection.

Ultimately, the Court found Bemba, Kilolo, and Mangenda each guilty as co-perpetrators of intentionally corruptly influencing 14 defense witnesses and presenting false evidence. See Prosecutor v. Jean-Pierre Bemba Gombo, et al., 11 November 2014, paras. 72, 76, 106. Bemba, Kilolo, and Mangenda engaged, the Court held, in a common scheme of corrupt influence over at least 14 witnesses by transferring money to witnesses and individuals close to witnesses, giving witnesses secret telephones, and using code words to perpetuate the ruse discretely. See ICC, Summary of the Judgment in the Case of Bemba, et al. (2016), paras. 8­–9. The ICC also found that Bemba and Mangenda were, in the alternative, guilty as accessories of each of those crimes. See id. at paras. 76, 106.

The Court found Bemba, Kilolo, and Mangenda each additionally guilty as accessories for aiding and abetting the solicitation of false testimony from witnesses. [ICC Press Release: Guilty] The Court determined that Bemba was the “ultimate beneficiary” and coordinator of the plan, and as such, Bemba authorized the illegal payment of witnesses and ensured that funds were available to do so. See Prosecutor v. Jean-Pierre Bemba Gombo, et al., 11 November 2014, paras. 97-106. The Court concluded that Kilolo had coached witnesses to lie, scripted their responses, instructed them to act a certain way when testifying, kept in contact with them despite being prohibited from doing so, and facilitated the transfer of money and valuables to witnesses. See id. at paras. 53-72. Mangenda acted as a liaison between Bemba and Kilolo, passing along instructions and advising Kilolo on witness preparation. Mangenda also passed along the anticipated questions of other legal representatives in order to inform future coaching sessions. See id. at paras. 73-76.

The Court found Babala guilty as an accessory for his role in aiding the corrupt influencing of two witnesses, presenting false evidence, and soliciting false testimony. See id. at para. 85. Babala was Bemba’s financier, transferring money at Bemba’s request. Once he learned of the witness tampering investigation, Babala advised the other defendants on mitigating measures. See id. at paras. 77-85.

The Court found Arido guilty as a perpetrator and, in the alternative, as an accessory of corruptly influencing four witnesses, and guilty as an accessory for aiding and abetting the presentation of false witness and solicitation of false testimony. See id. at para. 96. Arido recruited four witnesses for the defense and bribed them with money and promises of aid relocating to Europe in exchange for testifying in Bemba’s favor. Arido served as a liaison between those witnesses and Kilolo and fabricated false military identities for the witnesses to use at trial. See id. at paras. 86-96.

The ICC suspects witness tampering in other recent cases before the Court. As recently as August 2016, another defendant before the ICC, Dominic Ongwen, faced similar accusations and was ordered to disclose payments and promises made to possible witnesses. [International Justice Monitor] Other ICC defendants, including Walter Osapiri Barasa, Paul Gicheru, and Philip Kipkoech Bett, have also been charged with offenses against the administration of justice. [IJRC]

Background on the International Criminal Court

The ICC, which was inaugurated in 2002 and has its seat in The Hague, Netherlands, tries individuals for war crimes, genocide, and crimes against humanity. The Court has jurisdiction over cases in which the alleged perpetrator is a national of one of the 124 States parties to the Rome Statute, the crime was committed on the territory of a State party, or the State involved authorizes the Court’s jurisdiction. The Court is an international tribunal designed to complement national judiciaries. See IJRC, International Criminal Court; ICC, About.