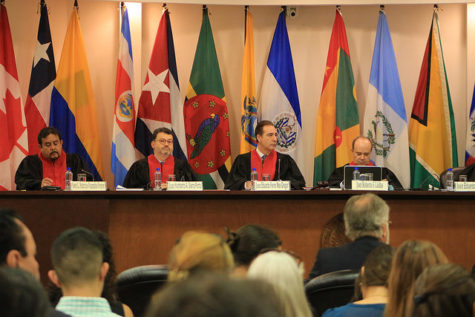 The opinion has received international recognition for its advancement of LGBTQ rights; the recently appointed Independent Expert on protection against violence and discrimination based on sexual orientation and gender identity, Victor Madrigal-Borloz, has expressed that “the protections described by the Court in this Advisory Opinion will have an extremely positive impact in addressing stigma, promoting socio-cultural inclusion and furthering legal recognition of gender identity.” [OHCHR Press Release] Although Costa Rica is one of several Latin American countries that do not currently permit same-sex marriage, officials from the Costa Rican government are willing to embrace the Court’s opinion, with Costa Rica’s Vice-President Ana Helena Chacón quoted as saying that the decision would be adopted “in its totality.” [Reuters; BBC].

Gender Identity and the American Convention

The Court concluded that State recognition of one’s gender identity is a vital component of guaranteeing transgender individuals access to the full enjoyment of their human rights. See Obligaciones Estatales en Relación Con el Cambio de Nombre, la Identidad de Género, Y los Derechos Derivados de un Vínculo Entre Parejas del Mismo Sexo. 24 November 2017, para. 103. The opinion relied on the Court’s previous jurisprudence to confirm that Article 1.1 (right to non-discrimination) of the American Convention prohibits discrimination on the basis of one’s gender identity, gender expression, or sexual orientation, and the Court established that it defines gender identity as an internal and individual experience of gender that may not align with the sex assigned at birth. See id. at paras. 32(f), 68-78.

The Court, first, found that from the right to private life under Article 11 of the American Convention, there is a right to identity, which itself comprises several rights and includes an individual’s gender identity. See id. at paras. 85-92, 101. Further, the Court held that the right to freedom of expression under Article 13 of the American Convention protects the outward projection of identity, including gender identity. See id. at paras. 96-98. The Court held that one’s gender identity should not preclude an individual from receiving any of the rights guaranteed under the American Convention, including protection against all forms of violence, torture, and ill-treatment as well as the guarantee of the rights to health, education, employment, housing, access to social security, freedom of expression, and freedom of association. See id. at para. 101.

With respect to Costa Rica’s question concerning a State’s obligation to provide gender affirming legal procedures, the Inter-American Court found that providing procedures to change one’s name, identifying photograph, and gender on official State registration documents is an extension of the right to non-discrimination based on gender identity, a violation of which could lead to the infringement of other rights. See id. at para. 114-15. Accordingly, States, including Costa Rica, have an obligation under the American Convention to implement such procedures. See id. at para. 116. Moreover, with respect to Costa Rica’s own legislation, the Inter-American Court found that Costa Rican law was compatible with the American Convention, so long as the law is interpreted in a way that provides for an individual’s legal identity to reflect their self-perceived identity. See id. at para. 171.

The Inter-American Court specifically highlighted the following marital rights and responsibilities that must be afforded to same-sex couples in equal respect to heterosexual couples: taxes, inheritance and property rights, rules of succession, authority to make medical decisions, the rights and benefits of survivors, birth and death certificates, professional ethics standards, financial restrictions on election contributions, workers’ compensation benefits, health insurance, and custody of the children. See id. at para. 197.

Notably, the Inter-American Court held that it was not sufficient for States to merely create an alternative legal institution, such as a civil union distinct from marriage, for same-sex couples. See id. at para. 224. Even if the civil union grants individuals the same rights afforded to married couples, having a separate institution with a distinct name indicates to same-sex couples that they are socially different from others in society, or in some circumstances, that society does not equally approve of same-sex relationships. See id. Accordingly, the Court concluded that creating separate institutions for same-sex and opposite-sex couples would constitute discrimination on the basis of sexual orientation. See id.

With respect to Costa Rica’s question, the Inter-American Court held that States are obligated to provide same-sex couples access, without discrimination, to all existing rights and benefits in the domestic legal system provided to opposite-sex couples. See id. at para. 228. The Inter-American Court stated that States are required to take necessary measures to ensure equality, whether those measures be legislative, judicial, or administrative. See id.

The Inter-American Court may issue judgments on contentious cases against one of the 20 States that have accepted its contentious jurisdiction, and may issue advisory opinions when requested by an Organization of American States Member State or an organ of the OAS.