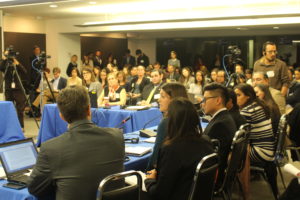 On March 21, 2017, the Inter-American Commission on Human Rights (IACHR) held a public hearing in Washington, D.C. to examine President Trump’s executive orders that have implicated the human rights of individuals and communities in the United States and abroad. The IACHR is an independent human rights monitoring body with jurisdiction over the United States and the 34 other members of the Organization of American States. 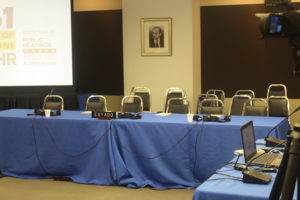 This hearing followed a February 2017 joint letter by the International Justice Resource Center (IJRC) and American Civil Liberties Union (ACLU) that urged the IACHR to hold an emergency hearing on the “travel ban.” Several dozen civil society organizations and academic institutions signed on in support of the request. IJRC and our partners are pleased that the Commission decided to take an active role in monitoring the human rights implications of these wide ranging executive orders.

The IACHR invited civil society organizations, indigenous peoples, and the United States government to appear at the hearing and make presentations concerning the factual and legal implications, in view of the United States’ human rights obligations, and to respond to the commissioners’ questions. The civil society participants made a number of specific requests for concrete monitoring and follow-up on the part of the IACHR.

However, the United States government failed to attend or participate, an unusual departure from previous administrations’ engagement with the IACHR. The hearing would have afforded the government an opportunity to defend its actions and answer the commissioners’ questions. Instead, the no-show by the U.S. government yielded headlines around the world, via the New York Times, U.S. News & World Report, Euronews, Jerusalem Post, Independent, teleSUR, Reuters, Washington Times, Huffington Post, SFGATE, Miami Herald, Los Angeles Times, Wisconsin Gazette, Quartz, and Voice of America, and on legal blogs including Just Security and Human Rights At Home.

The hearing covered three executive orders: 1) “Border Security and Immigration Enforcements Improvements” (on expansion of immigration enforcement and detention and the construction of a border wall); 2) “Protecting the Nation from Foreign Terrorist Entry into the United States” (the “travel ban” or “Muslim ban”); and, 3) “Expediting Environmental Reviews and Approval for High Priority Infrastructure Projects” (fast-tracking approval of infrastructure projects such as the Dakota Access and Keystone XL pipelines).

On November 15, 2017, IJRC, the ACLU, and 21 other supporting organizations submitted a follow-up letter to the Inter-American Commission, updating it on developments related to the “travel ban” or “Muslim ban” and asking for its continued oversight. On March 2, 2018, IJRC and partners submitted a separate follow-up letter regarding the Executive Order on environmental reviews and infrastructure projects.

Submissions to the Inter-American Commission on Human Rights

Additional Information on the Inter-American Commission

The Inter-American Commission on Human Rights is the regional human rights monitoring body in the Americas. Learn more about its mandate, history, and procedures in the IJRC Online Resource Hub, or in the manual and informational video below. 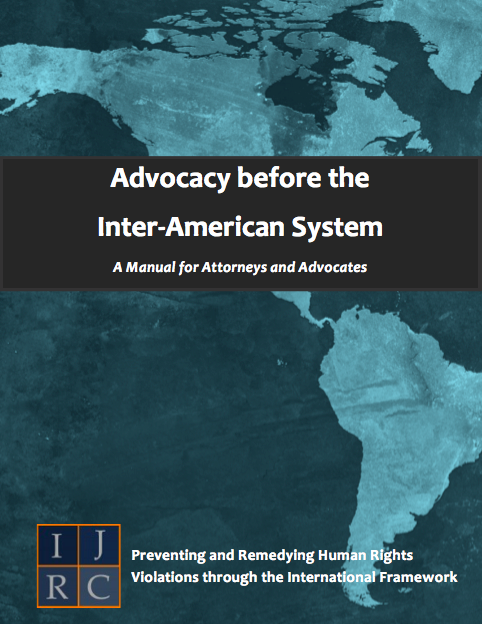