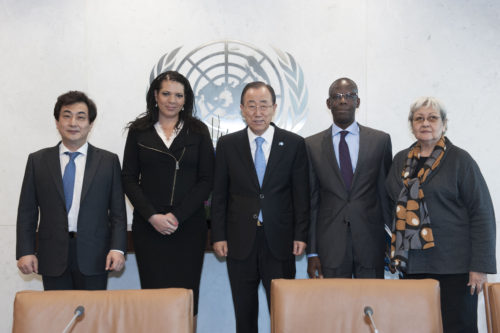 The United Nations Working Group on Arbitrary Detention (WGAD) recently released 21 opinions adopted during its August 2016 session, relating to 58 individuals in detention in 17 countries. [OHCHR Press Release] The opinions covered several topics within the WGAD’s mandate, including the treatment of minors in detention, the right to a fair trial, the rights to freedom of expression and opinion, the right to freedom of association, torture, preventive detention, discrimination, the right to freedom of movement, unlawful arrest, reprisals, and the right to dignity in relation to health-care services in detention. Some involve human rights defenders, such as Bahraini activist Zainab Al-Khawaja. Despite the fact that the WGAD did not receive many government responses to the allegations, it rendered its numerous opinions on the basis of the available information, in conformity with its working methods. See WGAD, Methods of work of the Working Group on Arbitrary Detention, UN Doc. A/HRC/33/66, 12 July, 2016, para. 15. END_OF_DOCUMENT_TOKEN_TO_BE_REPLACED

IACHR Publishes Standards on Rights in Context of Human Mobility 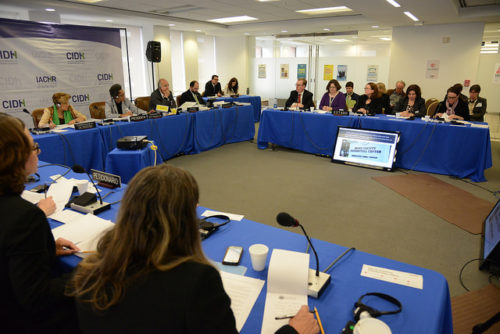 The Inter-American Commission on Human Rights holds a thematic hearing on the situation of migrant and refugee children and families in the United States
Credit: IACHR

On November 4, 2016, the Inter-American Commission on Human Rights (IACHR) published a report that seeks to address the practical realities of those in the context of human mobility and lay out the legal standards that should govern Member States’ policies concerning migrants, asylum seekers, refugees, persons in need of complimentary protection, stateless persons, victims of human trafficking, and internally displaced persons. [IACHR Press Release] The report, Human Rights of Migrants, Refugees, Stateless Persons, Victims of Human Trafficking and Internally Displaced Person: Norms and Standards of the Inter-American Human Rights System, outlines standards that the IACHR and the Inter-American Court of Human Rights have developed through reports on petitions and cases, judgments, advisory opinions, precautionary measures, provisional measures and country and thematic reports. [IACHR: Press Release] The major areas of focus in the report are: servitude and human trafficking, freedom of movement and residence, due process in immigration and extradition proceedings, family life, the right not to be subjected to cruel or inhuman treatment as a result of deportation, immigration detention, the right to seek and receive asylum, non-refoulement, the right to a nationality, and property rights. END_OF_DOCUMENT_TOKEN_TO_BE_REPLACED

Symposium Recap: Protecting the Human Rights of Migrants in California 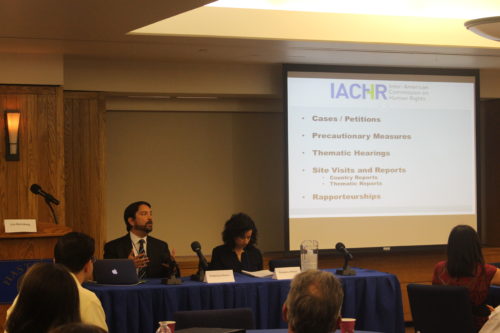 On September 23, 2016 more than 100 people gathered at University of California Hastings College of the Law in San Francisco for a training on the human rights of migrants hosted by the International Justice Resource Center and the Center for Gender & Refugee Studies. The distinguished line-up of speakers included experts on international human rights advocacy and on migrants’ issues. The experts reviewed current challenges for migrants, including detention and raids, access to legal representation, asylum and protection, and migrant workers’ rights. The purpose of the training was to place these challenges in a broader international human rights context in order to guide lawyers and advocates in applying human rights norms and tools to their litigation and advocacy efforts in California. The training covered a range of issues, but one of the main topics during the day was that international human rights law and advocacy, when pursued, should be part of a larger and coordinated advocacy strategy.

See the agenda for additional details and visit the online supplementary materials folder to view selected reports, manuals, factsheets, and other documents related to migrants’ rights and the training. We anticipate posting the video recordings of each session later this week on IJRC’s trainings webpage. IJRC thanks the Center for Gender & Refugee Studies for co-hosting the event, and Public Counsel and the International Law & Practice Section of the Bar Association of San Francisco for their co-sponsorship of this program. Visit the IJRC website to keep informed of future IJRC trainings and events, or join our mailing list. END_OF_DOCUMENT_TOKEN_TO_BE_REPLACED 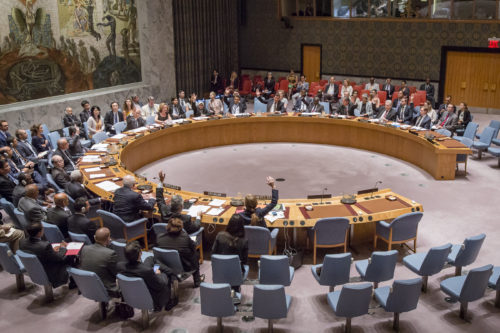 In response to the ongoing crisis in Burundi, the United Nations Independent Investigation on Burundi (UNIIB) presented its final report to the Human Rights Council on September 27, 2016, which documented evidence of gross human rights abuses perpetrated by the government and its affiliates. [OHCHR Press Release] UNIIB was formed in light of increasing instability in Burundi, which was prompted by the decision of the President to gain a third term in office and the resulting protests and coup attempt. In the course of investigation, UNIIB uncovered evidence of widespread and patterned violations of human rights including arbitrary deprivation of life, enforced disappearances, torture, sexual and gender-based violence, unlawful arrests, arbitrary detention, ethnically charged language, and improper restrictions to freedom of expression and of association, among others. UNIIB experts suggested that these crimes may amount to crimes against humanity, and warned against the danger of genocide in the region. See Report of the United Nations Independent Investigation on Burundi (UNIIB) established pursuant to Human Rights Council resolution S-24/1, UN Doc. A/HRC/33/37, 20 September 2016. UNIIB recommended that the government strengthen domestic accountability mechanisms and increase its engagement with international human rights systems, and called on the international community to establish a commission of inquiry and to consider intervening pursuant to Chapter VII of the UN Charter. See id. at paras. 138, 146, 163. Within a week of the report’s publication, government officials, lawmakers, and citizens protested the report outside UN offices in Burundi. [Washington Post] END_OF_DOCUMENT_TOKEN_TO_BE_REPLACED 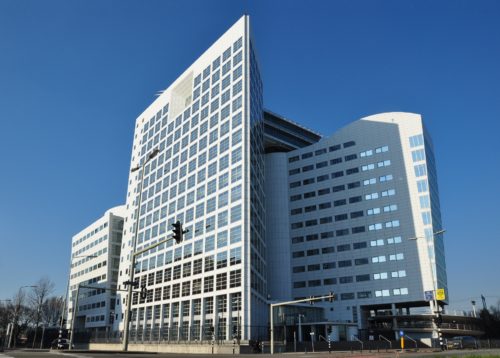 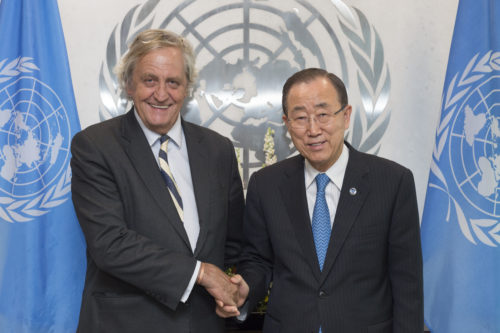 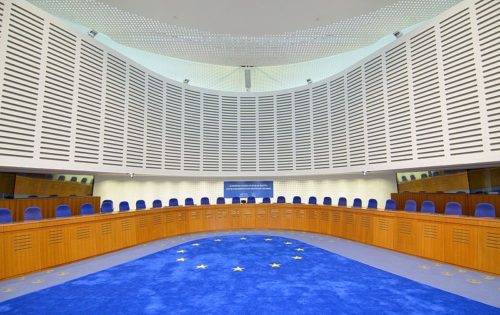 The European Court of Human Rights (ECtHR) found violations of the rights to non-discrimination and liberty in two recent cases involving applicants who identify as homosexual. In Taddeucci and McCall v. Italy, the ECtHR held Italy’s rejection of a family-based residence permit for an Italian man’s same-sex partner amounted to discrimination on the basis of sexual orientation because while same-sex partners were not similarly situated to opposite-sex couples, they were treated the same as opposite-sex partners, resulting in a denial of rights. See ECtHR, Taddeucci and McCall v. Italy, no. 51362/09, Judgment of 30 June 2016 (French). In O.M. v. Hungary, the Court held that the State should have taken into account an asylum seeker’s vulnerability as a gay man as part of an individualized assessment required by domestic law before keeping him in detention, and should have done its best not to expose him to the same risks from which he was fleeing. See ECtHR, O.M. v. Hungary, no. 9912/15, Judgment of 5 July 2016. Both cases contribute to the growing body of case law that protects the rights and safety of persons who identify as homosexual or in a same-sex relationship. The O.M. case is apparently the first ECtHR decision to discuss the safety of an asylum seeker in detention who claims membership in a vulnerable group based on his sexual orientation, and Taddeucci and McCall joins the ECtHR’s growing jurisprudence on non-discrimination in the context of same-sex couples. END_OF_DOCUMENT_TOKEN_TO_BE_REPLACED

The European Committee of Social Rights
Credit: Council of Europe

In a case concerning the right of Traveller families to adequate housing and caravan sites, the European Committee of Social Rights (ECSR) held that Ireland violated their right to social, legal, and economic protection under Article 16 of the Revised European Social Charter because of the de facto insufficiency of accommodations for Travellers, inadequate conditions in the existing Traveller accommodations, and the legislative framework and practice of evictions. See ECSR, European Roma Rights Centre (ERRC) v. Ireland, Complaint No. 100/2013, Merits, 1 December 2015. In its decision, published earlier this month, the ECSR declined to find Ireland in violation of Article E’s non-discrimination provisions or to find a violation of Article 30, which protects the right to protection against poverty and social exclusion, noting that the Irish government has made substantial progress in the past few years and demonstrated an effort to accommodate the Traveller community. Id. at paras. 71 and 191.

The decision reinforces an earlier ruling from the ECSR on Roma communities in Greece, in which it found the same violations under Article 16. See ECSR, European Roma Rights Centre (ERRC) v. Greece, Complaint No. 15/2003, Merits, 8 December 2004. The European Court of Human Rights (ECtHR) has also held in past cases that evictions of and insufficient accommodations for Roma communities violate the right to family life. See ECtHR, Connors v. United Kingdom, no. 66746/01, ECHR 2004, Judgment of 27 May 2004. ECtHR, Winterstein and Others v. France, no. 27013/07, Judgment of 17 October 2013.

According to census data, at least 30,000 Traveller families live in Ireland. See European Roma Rights Centre (ERRC) v. Ireland, 1 December 2015, para. 30. Irish media have recently reported on homelessness and evictions of Travellers in the country, where one-fifth of Travellers do not have access to appropriate accommodation. END_OF_DOCUMENT_TOKEN_TO_BE_REPLACED 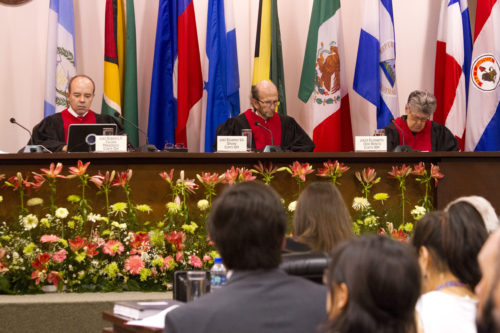 The Inter-American Court of Human Rights has condemned Columbia’s failure to provide a gay man with equal access to public benefits following the death of his partner, as prohibited discrimination on the basis of sexual orientation. See I/A Court H.R., Duque v. Colombia. Preliminary Objections, Merits, Reparations and Costs. Judgment of 26 February 2016. Series C No. 310 (Spanish only). This case involved a petitioner, Ángel Alberto Duque, who alleged that he was denied the right to a survivor’s pension due to his sexual orientation. [IACHR Press Release] The Inter-American Commission on Human Rights (IACHR) submitted the case to the Court’s jurisdiction on October 14, 2014 after Colombia failed to comply with its merits report recommendations. [IACHR Press Release] The Court held that Colombia had violated the petitioner’s right to equality and non-discrimination as provided for in the American Convention on Human Rights (American Convention). See Duque v. Colombia. Judgment of 26 February 2016. para. 62. Duque’s case is the first time the Court has ruled on the issues of discrimination and access to social rights as they pertain to same-sex couples. [IACHR Press Release] END_OF_DOCUMENT_TOKEN_TO_BE_REPLACED 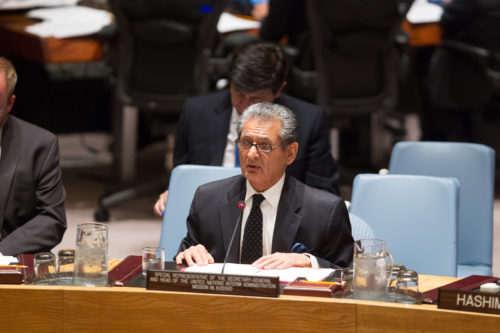 The Panel, the only body ever established to consider rights abuses by a UN field mission, found that the conditions violated multiple human rights treaties, including the European Convention on Human Rights (European Convention), the International Covenant on Economic, Social and Cultural Rights (ICESCR), the Convention on the Elimination of All Forms of Discrimination against Women (CEDAW), and the Convention on the Rights of the Child (CRC). [Human Rights Advisory Panel Press Release; NY Times] The decisions of the Panel are non-binding, and it is up to UNMIK whether to accept and act on the recommendations made. However, the decision is seen as a long-fought victory for the affected individuals, who suffered miscarriages, stillbirths, developmental disorders, paralysis, and death. [NY Times; Human Rights Advisory Panel Press Release] The UN Special Rapporteur on minority issues, Rita Izsák-Ndiaye, and UN Special Rapporteur on the human rights of internally displaced persons, Chaloka Beyani, both recently urged the UN to provide compensation and an apology to the victims in light of the Panel’s decision. [OHCHR Press Release] END_OF_DOCUMENT_TOKEN_TO_BE_REPLACED